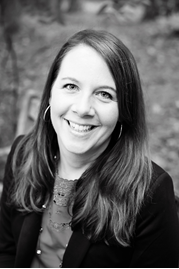 Christine Dandeneau attended college at Rhode Island School of Design where she received a bachelor’s degree in Architecture (Barch' 94) as well as a fine arts degree (BFA'93).  R.I.S.D is consistently ranked as one of the top Fine Arts schools in the country.

At R.I.S.D,  Christine had the opportunity to work with some of the most creative minds in the United States.  She managed the department's architectural computer lab and was a teaching assistant for several CAD computer classes.  Her final thesis project was a proposed Ecology Center in Providence, R.I. Her passion has always been green design, not just because it's good for the earth, but because it can make beautiful structures.

While in school, Christine spent her summers in Boston interning for the architectural firm of Payette Associates. She helped create laboratory models for Biogen laboratories in Cambridge, MA and helped draft plans for a new lab for the Institute For Science and Technology in Pennsylvania.

After graduating, she moved to Birmingham, Alabama.  She worked as an intern for Giatinna Aycock Architecture Studio in Birmingham.  After 3 years as in intern, she became licensed in the state of Alabama in 1998.  AtGA Studio, she worked on several large commercial projects including a Hematology/Oncology unit for the Children’s Hospital of Alabama and various commercial projects.

She then moved to Memphis, TN to work for Askew Nixon Ferguson Architects, and helped program a large trade floor/office building for Vining Sparks and worked on various other commercial projects.

In 2001 she moved to Pinehurst, NC and took time off to raise her three children.  While at home she helped Pinehurst Elementary School design and construct an organic garden and a walking path.

In 2010 she founded Dandeneau Architecture, P.L.L.C. and has done numerous commercial and residential projects.  Christine is currently a licensed architect in the state of North Carolina and is a member of NCARB (National Council of Architectural Registration Boards), AIA (American Institute of Architects), and is LEED certified (Leadership in Energy & Environmental Design).